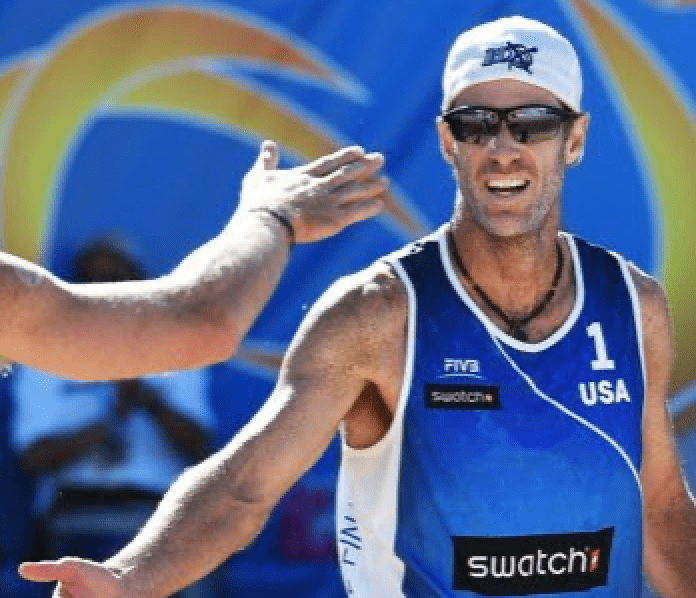 John Hyden continues to prove that age and excellence (with the right training and mindset) can go hand in hand. In 2017, Hyden broke the legendary Karch Kiraly’s record of being the oldest player to win a professional open when he won the Chicago Open with Ryan Doherty. In 2018, John broke his own record when he won the Hermosa Open with Theo Brunner… John was 45 years, 296 days old when he won Hermosa. Today John continues to train full time with the hopes of qualifying for the 2020 Tokyo Olympics.John teaches us that it’s not only never too late to dream, but that you are never too old to work hard to make your dreams come true!!

1. Discipline yourself. It goes beyond saying no to sugar when you’re recovering from an injury. On days you don’t feel like working out, you gotta figure out a way to make it happen. Maybe it’s music, maybe a little caffeine. Find something to pump you up and get you going.

2. Find your style of volleyball. You can learn from others, but you have to develop weapons that work for you. Steino (Stein Metzger) brought the pokie into his game, and he was money at it. It helped him win a lot of points and matches. It’s important to find the things, big or little, that make you better.

3. Learn something new every year. After I switched over from the indoor game, I had to learn the overhead dig, and every year after that I picked something new to work on. I improved my pokie. I learned a jumbo shot. Working on new stuff isn’t as easy as working on things you already know, but it’s necessary if you want to maximize your potential.

4. Strengthen your core. The more you develop your core, the stronger you’ll be with all movements, especially those when your arms and hands are outside of your body line. A sturdy core also helps you stay healthy, particularly in your back, which is an area of the body where a lot of players get injured.

5. Avoid knee-jerk reactions when it comes to your training philosophy. The fitness industry comes out with something new pretty much every year. Nowadays, it seems that crunches are bad for you. Well, crunches are not bad for you if you’re doing them correctly. Sit-ups are not bad for you if you’re not jerking your neck all over the place. People tend to believe everything they read on the internet. Another thing we’re hearing now is that ice is bad. Well, I iced for weeks after I injured my calf in Chicago. I believe it works. But you have to figure out what’s best for your body. Some of the pre-workout or post-workout drinks or pre- and post-workout food don’t make you feel the same, so figure out what you work well on. My body might work well on one thing and yours might not.

6. Improve your serve. If you excel at your serve, you’ll score way more points because most teams don’t have great ball control. A few keys: On the bad side, when the wind is behind you, the toughest serve to deal with is usually one that’s high and deep. On the good side, with the wind in your face, serve tough but be sure to make four of five. You don’t always have to go for aces. Just get the other team in trouble. One other thing: Vary your arm speed. If you have a different impact on the ball, a little softer sometimes, a little harder other times, it’s more difficult for your opponent to track it.

7. Move your passes around. I’ll sometimes tell my partner, “I’m going to pass more to the left side,” because then when I come over from the right side past the middle of the court to hit, the blocker has to make a decision and it may mess up his communication with the defender. Other times, I’ll put the pass near the left side but close to the net, and then I’ll approach way out to the right. This gives my partner the option of hitting on two or giving me a shoot set on the other side. That forces the blocker to make a decision which way to go.

8. Don’t underestimate the bump set. A lot of people rip on me for being a bump-setter rather than a hand-setter, but bump setting can help the hitter. When you bump set, you’re taking the ball from a lower level, so it gives hitters more time to see the defenders with their peripheral vision. With a hand set, the hitter loses about three feet worth of time for seeing the court.