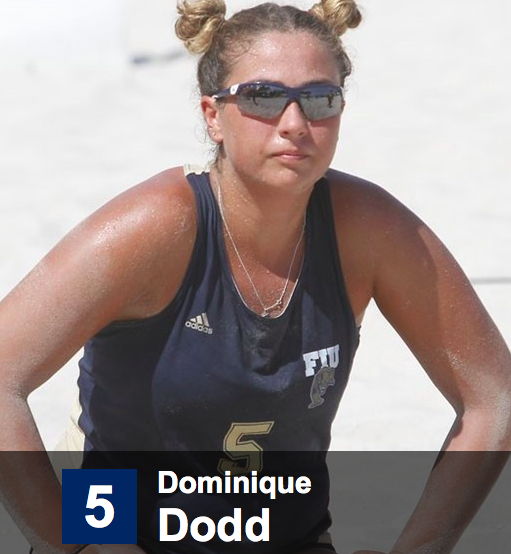 A freshman from Hermosa Beach, California, Dodd has posted a 7-10 record as a Panther and represents FIU at the No. 1 position. Dodd has won four-of-seven matches at the No. 1 slot for the Panthers. Her most notable win came against the Gamecocks of South Carolina with a 7-1 run to take the deciding third set, 16-14.

Dodd was named to the CCSA Preseason Watch List earlier this year.