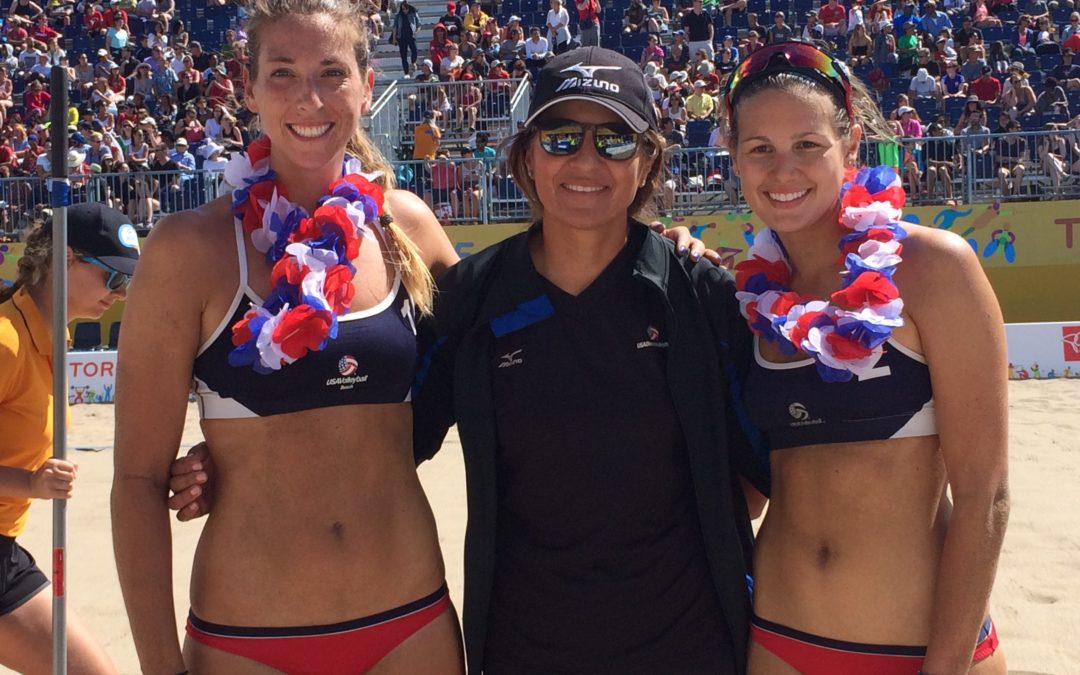 COLORADO SPRINGS, Colo. – Four beach athletes will represent the USA at the Pan American Games in Toronto, Canada from July 13-21.

The men will be coached by Jeff Alzina, the former USA men’s beach coach at the 2004 Olympic Games, the women by Patty Dodd, a standout at UCLA and former professional athlete.

“We are very excited to represent USA Beach Volleyball at the Pan American Games,” said Alzina. “There are many top World Tour teams and Olympic hopefuls in the draw, which makes this a truly elite tournament.”

Evans and Satterfield recently finished fourth at a NORCECA qualifier event in Hermosa Beach, being bested by Todd Rogers and Stafford Slick in the semifinals. A relatively new team, each has experience on the pro circuit with AVP and AVP Next competition.

“Miles and Ian were selected for a number of reasons. They are very quick and athletic, very competitive, as well as smart and able to learn quickly,” Alzina said. “They are versatile, both can block at the net or play the backcourt on defense, and both can play either the left or right side on offense. They have great chemistry together and know how to win.”

At the same NORCECA qualifier, Metter and Larsen finished third ahead of veteran teams seeded first and third.

“Kelley and Betsi are a consistent pair, they complement each other with their skills,” Dodd said. “Kelley does all the blocking and Betsi plays defense. They have excellent work ethic and it has been a pleasure to coach them this past month. They are young and have improved as a pair, playing good volleyball at 23-years old.”

The pair finished 17th at the AVP New Orleans Open this year and their best finish on the international stage was in 2014 at the U23 World Championships, placing fifth.

ESPN will broad cast over 66 hours from the Pan Am Games on ESPN and ESPN2 and 650 live hours on ESPN3 and ESPN Deportes+. Each day of beach and indoor volleyball is expected to air on ESPN’s platforms. More information about TV schedules will be made available closer to the starting of the event.